The Environmental Act - Achievable or Out of Reach?

All in all, a year on from the tentatively hopeful momentum from the 2021 Environment Act and media attention granted onto the state of England’s rivers and waterways, the landscape remains somewhat lacklustre and bleak (and dare we say dehydrated!).

The Environmental Act - Passed into Law

Nearly twelve months on from the Environment Act being passed into law, water quality remains a hot topic throughout the UK. Unfortunately, things are going far from swimmingly with the spotlight on increasing consumer costs and sewage spills into bathing waters. This past month, accusations of allowing pollution without consequence have been levelled at the Environment Agency, while calls for a state of emergency in North East Lincolnshire have been made by local councillors over the continued raw sewage discharge into the coast compounded by the loss of their Blue Flag status earlier this year. The concern over the apparent lack of ambition on behalf of the government to address the water quality issues highlighted in the environment act was compounded following the publishing of DEFRA’s Storm Overflow Discharge Reduction (SODR) plan in August this year. Widely lambasted for being weak and appearing to grant water companies permission to continue as ‘normal’ until 2050, the public consultation results were seemingly also ignored, and the plan has now been requested for immediate withdrawal and judicial review by conservation group WeirdFish. All in all, a year on from the tentatively hopeful momentum from the 2021 Environment Act and media attention granted onto the state of England’s rivers and waterways, the landscape remains somewhat lacklustre and bleak (and dare we say dehydrated!).

Increased monitoring of Stormwater Overflows (SWOs) was a key feature of the Act, with upstream and downstream monitoring requirements for 18,000 SWOs and sewage disposal works. While the SODR Plan was undoubtedly disappointing to all those campaigning for improved water quality, the new monitoring and reporting requirements stipulated in the act should mean that we have a greater level of detail on the spills as they occur and the impact on the receiving water body – right? 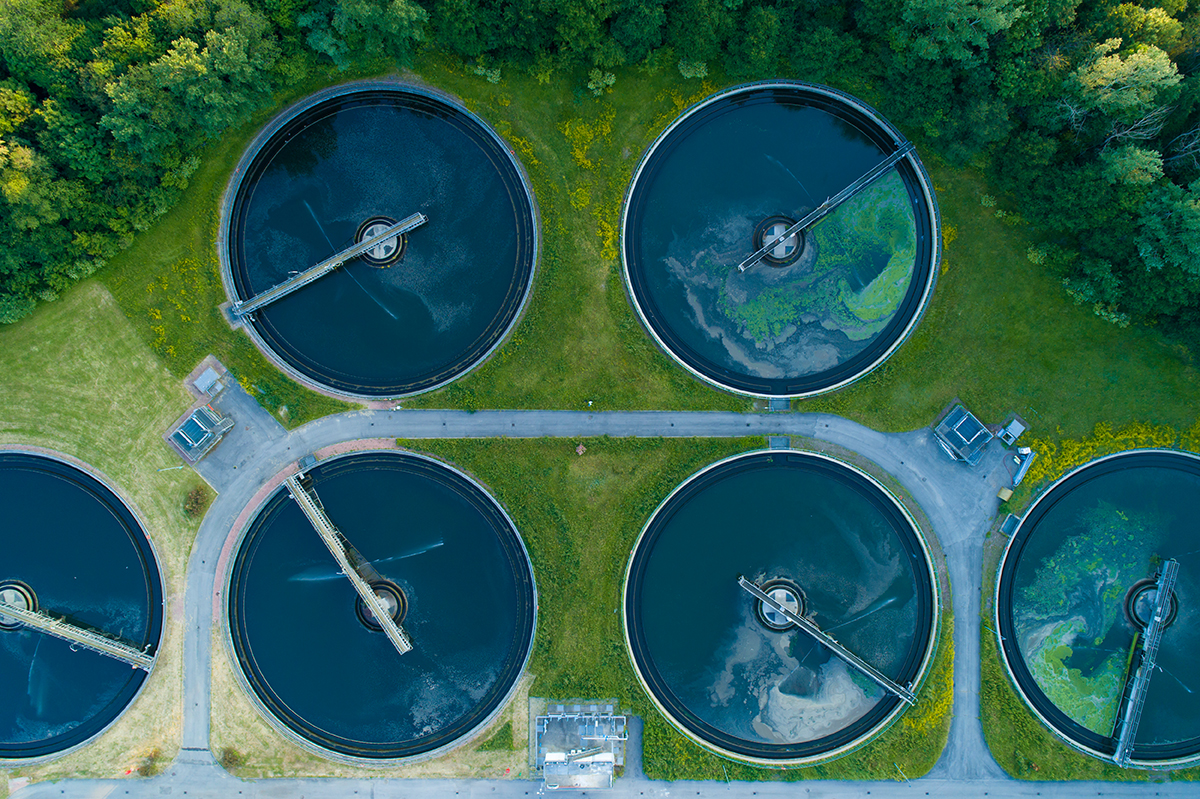 Parameters - Time for a new approach?

The increase in mandated monitoring is certainly a step in the right direction but the question over what to monitor has seemingly been forsaken, perhaps lost in the controversy of other decisions. The parameters for monitoring specified in the act include all the usual suspects; dissolved oxygen, ammonia, temperature, turbidity and pH were stipulated alongside any other parameters specified in regulations. While these parameters are well known and understood, there is an unspoken question as to whether a more imaginative approach should be adopted, given this is in the context of an ‘overhaul’ and ‘getting serious’ about water quality and river health.

There is no denying that each of these variables has contributed to our understanding of water quality when measuring in the field. For example, ammonia is a key parameter, monitored throughout the treatment process to ensure successful nitrification; its also monitored closely at effluent outflows as untreated discharges carry a significant risk of harmful algal blooms (HABs) and other damage to aquatic life. Dissolved Oxygen (DO) is a similar stalwart, a straightforward measure of the oxygen content of the water and can therefore indicate when a pollutant has entered the watercourse as the levels of DO drop, risking hypoxic and eventually anoxic conditions.

However, DO and Ammonia have their shortcomings as measures of pollution in that they can only go so far in providing context and detail as to the manner of the polluting load. DO can be a more simplistic method than when it’s compared to Biochemical Oxygen Demand (BOD) and Chemical Oxygen Demand (COD). BOD traditionally refers to a five-day test that measures the amount of oxygen required by bacteria to break down the organic material in water and therefore correlates to the number of bacteria in the water. As such, BOD can be a far more useful parameter when in direct comparison in terms of providing context on the effect of the polluting load on the receiving water body. BOD also appears on the monitoring list in WWTW however it has for many years been less accessible because of the five-day condition which it requires. However, Proteus Instruments has proven that field-deployable fluorescence probes can provide a reliable BOD reading in real-time using fluorescent organic matter proxies (Monitoring and Controlling BOD & COD in the Activated Sludge Process). Fluorescence technology is not just limited to BOD as it has shown to also provide readings for Coliforms and Dissolved Organic Carbon/Total Organic Carbon.

In the context of the Environment Act, the move to expand monitoring to points both upstream and downstream of WWTW outflows is key in that the level of data is far greater. We will no longer just have information on a polluting load or the impact of the normal discharge on a river system but also on the health of the river before it reaches the treatment works, providing far more information about the general health of rivers throughout the year. We will hopefully be able to identify cumulative effects where outflows are located close together or consider the effect of the whole catchment on water quality, as SWO spills are hardly the only polluting component of England’s rivers; ultimately leading to superior catchment plans to recover the health of our rivers.

A current project in the Evenlode catchment has begun just this, using Proteus both upstream and downstream of WWTW outflows, using a full suite of water quality parameters to better understand the impact of the outflows on the river.

A predominantly rural catchment, the STW in question serves >2000 P.E discharging into a small brook. In 2021, the SWO was activated for 441 hours in total. Parameters monitored include temperature, turbidity, pH/ORP, NH4, dissolved oxygen (DO), TLF, CDOM, BOD, COD and E. coli; with the final three parameters being derived from other sensors.

Fig 1 illustrates the upstream and downstream sampling sites with regard to the location of the WWTW outflow and the river. Both sites have a Proteus in a permanent installation, connected to telemetry units that update the cloud-based server every hour; readings are taken every 15 minutes.

Within the months that the Proteus units have been installed, for the sake of brevity a 24-hour period has been selected to illustrate some of the data. Each parameter monitored is part of a puzzle that contributes to our understanding of the overall physicochemical status of the river and provides a starting point for understanding what state the ecological systems and aquatic life might be in as a result.

From 24 hours of monitoring its evident that the upstream and downstream sites have some distinct differences in characteristics. The cyclical impact of the WWTW treated effluent outflow on the downstream site is somewhat visible in the Ammonium and DO panels. The frequent fluctuation in the upstream DO panel, alongside variable turbidity, suggests there is at least one additional impacting factor contributing a polluting element to the upstream site; potentially livestock with access to the river or similar, although Ammonium remains slightly lower than at the downstream site where effluent undoubtedly elevates the levels.

Whilst this data is a good starting point, the puzzle is incomplete. The power of real-time BOD monitoring cannot be overstated. The graph below demonstrates that downstream of the WWTW, ammonium and BOD follow each other closely; both picking up the wastewater signal as effluent increases and decreases throughout its daily cycle; effluent release tends to increase after periods in the morning and evening coinciding with increased toilet, shower and other domestic water usage.

In terms of range BOD fluctuates over a wider range owing to its very nature, which can make it easier to identify spikes. While neither parameter should be measured in isolation, in terms of understanding the impact on water source, ammonia also relies upon the simultaneous measurements of pH and temperature to determine the level of toxicity to aquatic life. BOD is more contextual at the point of measurement as it is a measure of a process, not just a substance.

ISE’s measure Ammonia (NH3) ion, Ammonium (NH4), in water; NH4 it can be combined with pH to calculate the ratio of Ammonia/Ammonium and systems like Proteus can provide both outputs in real-time. Ammonia is perhaps the most useful parameter from the more traditional water quality suite however, in terms of method it tends to be high maintenance method of monitoring and can incur costs along the way. For example, ion-selective electrodes are often selected due to their relative inexpensive cost at point of purchase however the membrane-based sensors have a limited operational life time before the membrane expires and as a technique the membrane remains vulnerable to interference from other ions and potential drift. While Ammonia forms an important part of the picture, it is questionable as to whether with the new monitoring requirements, Ammonia is suited to being the main parameter by which pollution signals are tracked in water. By comparison, using fluorescence to monitor BOD is a more flexible parameter prone to less interference and using optics that have a long lifetime and lower consumables cost.

Comparing DO and BOD at both upstream and downstream monitoring sites further supports the justification for using BOD in real-time monitoring. In particular the upstream site where both parameters show significant fluctuation but without the addition of BOD, it doesn’t show the impact of the changing oxygen level on biological activity in the water. Remove DO from the picture and the BOD is still providing useful information but remove BOD and a lot of the meaningful detail is lost. At the downstream site, the two parameters track each other reasonably well however BOD remains to have an edge in terms of capturing the finer detail of the system. 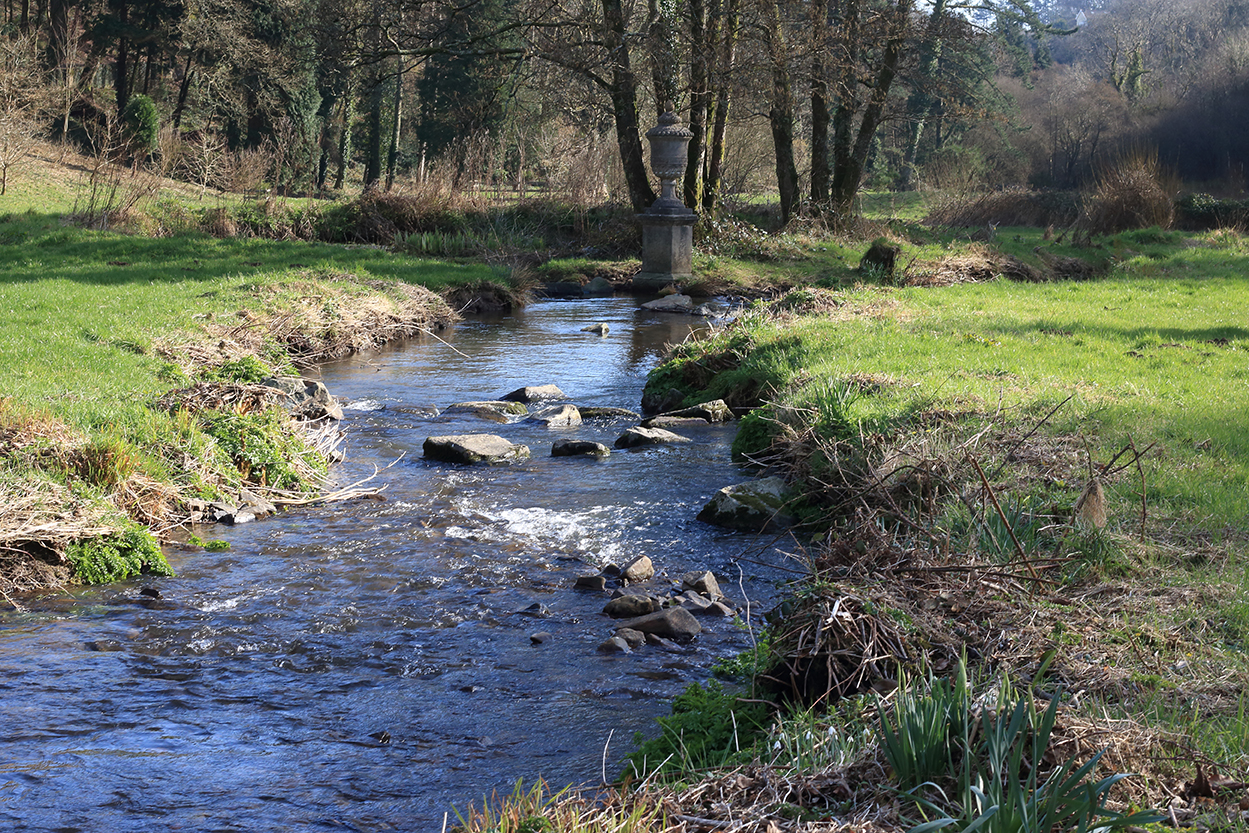 Coliform monitoring is far rarer downstream of SWOs, as in the UK as most do not have a permit for coliform removal, although these are seen when discharging into environmentally sensitive waters. Although some coliform removal is expected as part of the treatment process, which includes using bacteria for the methane fermentation of sludge, facilitating the breakdown of the polluting organic matter load. As such, we expect to see some coliform peaks downstream of WWTW as they are not specifically treated but for treated wastewater, coliforms will reduce as part of the treatment process.

The current catchment monitoring site is interesting as the upstream site has a larger quantity of coliforms than the downstream site, although over 24 hours the cyclical pattern observed in other parameters is still present. While the current reasoning for the relatively high level of coliforms upstream is unknown, the high levels are indicative of at least one additional pollution source. The downstream numbers are reduced in comparison, indicating that the upstream influence is localised and the addition of effluent at certain volumes may be actually causing a degree of dilution to the coliforms travelling downstream.

The selection of water quality parameters for monitoring should be an iterative process, and indeed technology has allowed this since monitoring began. The number of monitoring points has significantly increased over the last few points and will continue to under the 2021 EA legislation but there needs to be a push to maximise these monitoring opportunities to ensure the most complete picture of water quality is attained. The focus in mainstream media has been water companies and sewage spills but the fact of the matter is, sewage spills and effluent are only a small part of the overall issue. If governing bodies are seriously committed to improving water quality in the UK, there needs to be a shift in approach and a willingness to embrace new technologies to augment the existing protocol. Knowledge is power or so the old adage goes but for understanding and improving water quality, it couldn’t be truer.

Find out how we can help with your application